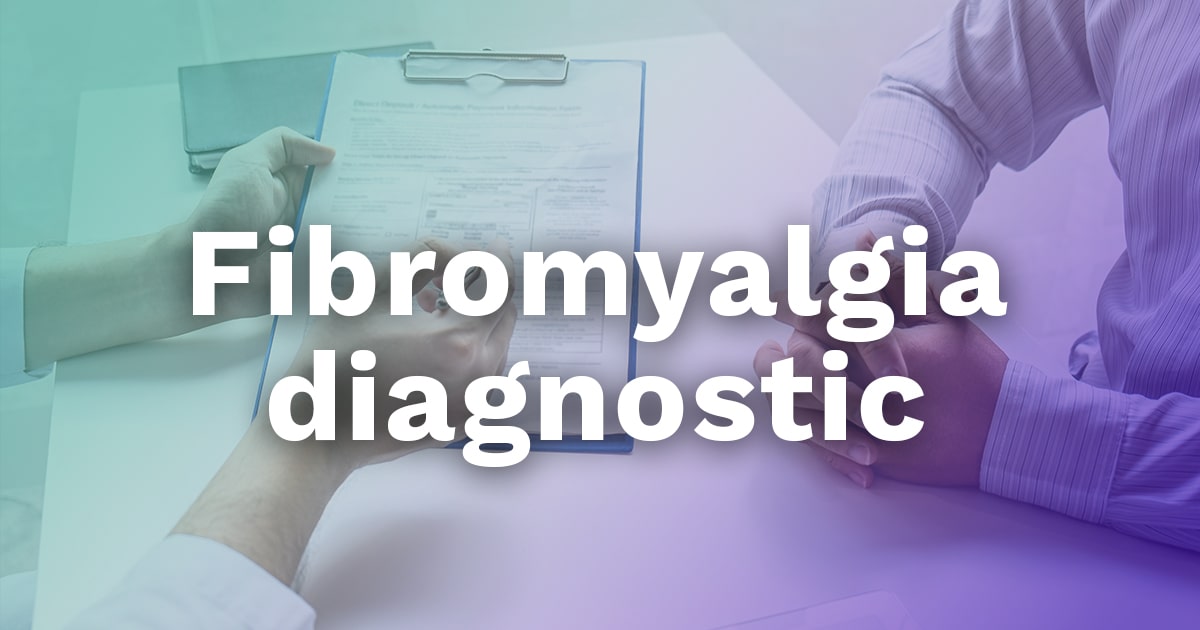 What are the symptoms of Fibromyalgia, and how to correctly diagnose it.

Fibromyalgia is a disorder that causes chronic pain and it touches 2 to 8% of the world’s population. Being such a common condition, unfortunately, does not mean it is easy to diagnose, and it actually is a real diagnostical challenge for physicians all around the globe. Diagnosing Fibromyalgia can take many years, and the patient often sees up to four different professionals before getting a proper diagnosis.

Over the last decades, plenty of tests and criteria were developed in order to diagnose Fibromyalgia. Patients have most probably heard about the Tender Points diagnosis criteria, which was developed in 1977 by Canadian physicians Hugh Smythe and Harvey Moldofsky. The condition is characterized by widespread pain in multiple different areas on the patient’s body. The test consisted in applying firm pressure to 18 specific spots of the body (such as the lower neck in front, arms -near the elbow, the base of the skull in the back of the head, the back of the shoulders etc…), if at least 11 of these 18 spots provided additional pain to the patient when pressed, the test was considered positive for Fibromyalgia.

Why is the Tender Points test not used anymore? The symptoms of this conditions aren’t always present at all time. Which means a patient affected by Fibromyalgia might feel pain in 5 tender points one day, but in 14 points a week after. Furthermore, the exact level of pressure to apply during the Tender Points test was also unclear to most doctors, making the test inaccurate. While the Tender Points are still used in research and by some specialists, a different set of guidelines is now used to help diagnose Fibromyalgia. The patient must show the following criteria:

Currently, there are no actual medical test that can assess and diagnose Fibromyalgia. The only tests performed are those that help the physician understand if there is another condition that could be causing the symptoms, hence diagnosticating Fibromyalgia “by elimination”.

Quite many conditions share the same symptoms than Fibromyalgia, such as inflammatory arthropathies, certain types of cancer, degenerative diseases of the spine, hypothyroidism, anemia, Lyme disease, MS, autoimmune connective tissue disorders, small fiber polyneuropathy, all the way to HIV, AIDS. In fact, it is very important to see more than one specialist in order to get a second and even third opinion and be as sure as possible of the diagnosis.

A recent research has put its focus on a new and accurate way of diagnosing the pathology and contrasting it from other conditions. The study, conducted by Kevin Hackshaw, professor in the College of Medicine at the Ohio State University in Columbus and a rheumatologist at the university’s Wexner Medical Center, involved 50 patients diagnosed with Fibromyalgia, 29 patients with arthritis, 19 patients with osteoarthritis and 23 with Lupus. These conditions all present symptoms very similar to Fibromyalgia. During the study, the researchers have detected a “molecular fingerprint” uniquely present in patients affected by Fibromyalgia.

“We found clear, reproducible metabolic patterns in the blood of dozens of patients with fibromyalgia. This brings us much closer to a blood test than we have ever been.” Prof. Kevin Hackshaw.

Professor Hackshaw says he intents for the test to be perfected and ready to use for Fibromyalgia’s diagnosis within the next 5 years, bringing hope for patients to finally have an accurate diagnosis and find a timely response for the pathology.

Do you Need any Information?

Or Send Us a Message