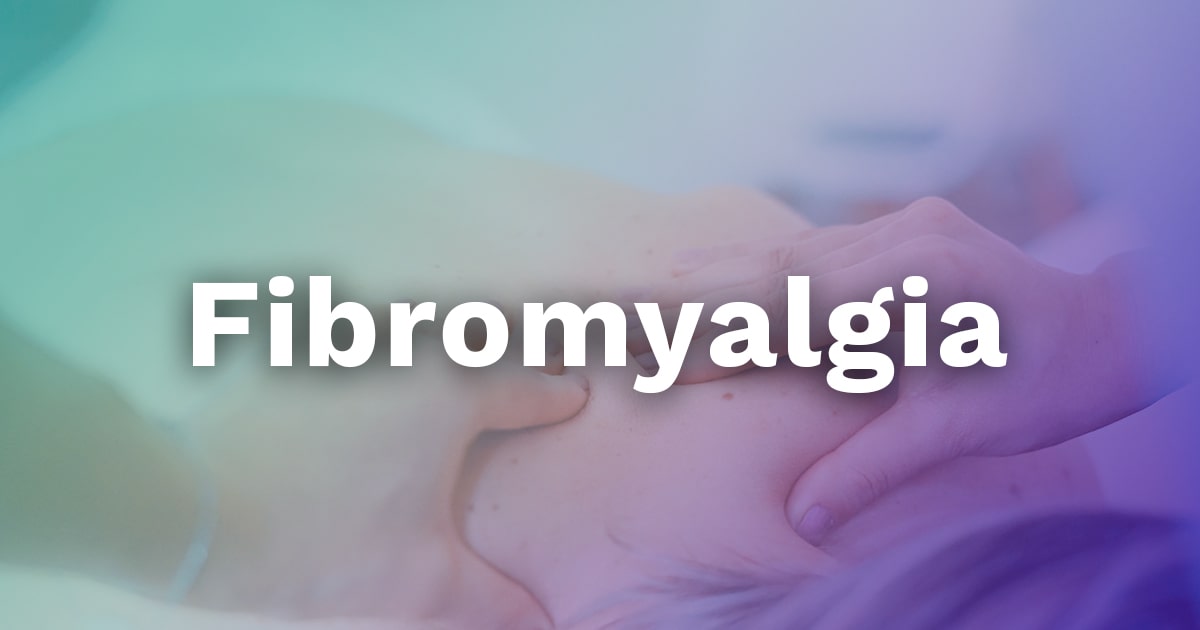 A condition that causes Chronic Pain, affecting between 3-6% of the world population.

Fibromyalgia is a neurologic condition that leads to chronic pain. Initially defined in 1990 by Dr. Frederick Wolfe in a paper that will become the first diagnostic guidelines for fibromyalgia, this condition is mainly defined by intense and widespread pain, touching several parts of the patient’s body. Fibromyalgia often comes after an initial trauma, surgery or infection. Strong psychological stresses such as PTSD, emotional or physical abuse, anxiety, and depression can also be factors for the condition. Lately, researchers don’t exclude that genetics might play a role too, as Fibromyalgia tends to run in families. The disease touches between 2 to 4% of the population, women being about seven times more affected than men. Individuals who are more prone to the disease tend not to have a sufficiently active lifestyle.

How to diagnose Fibromyalgia?

Fibromyalgia is a very difficult disease to recognize and there currently are no specific tests to diagnose it, which leads to many people living with Fibromyalgia without knowing it or being able to start a correct therapy against the pathology.

After years of studying the condition, the following three criteria have been found to be useful in the diagnosis of Fibromyalgia:

What are the symptoms of Fibromyalgia?

As previously mentioned, the main symptom of the condition is a widespread musculoskeletal pain (meaning a pain referring to muscles and bones). Other common symptoms are:

– Hyperalgesia, which is an abnormal sensitivity to pain.

– Tingling and/or numbness in hands and feet.

– Sensitivity to cold and/or heat.

“Brain fog” indicates another well-known issue related to Fibromyalgia: it is defined as a confusional state leading to memory lapses, short-term memory losses, difficulties in concentrating and focusing. It can make everyday activities challenging for the patient: something as easy as carrying a conversation on can become a huge mountain to climb when the infamous “Fibro-Fog” hits the patients.

What are the treatment options for Fibromyalgia?

As often, with rare rheumatological conditions, a multidisciplinary approach is to be implemented. The goal is to manage the pain level but, also, to deal with the rest of the symptoms. To do so, the patient can undergo a pharmaceutical regime either with antidepressants (such as Duloxetine), anti-seizure medication (such as Gabapentin) or over the counter pain medicine (such as Tylenol). Taking into consideration the psychological part of the disease, therapy is highly recommended, being Cognitive Behavioral Therapy, or simple psychotherapy sessions.

An important part of treating Fibromyalgia is re-thinking one’s lifestyle: exercising is an essential step to take towards remission. This also means that specialists (physiotherapists and osteopaths) will have to create a specific exercising program, adapted to each patient. A new and revisited diet directed in helping with the individual’s well-being through a healthier alimentation. Relaxation techniques in order to help with stress, anxiety and “brain-fog” such as meditation, yoga, reiki, etc…

There are some alternative medical practices that might help with Fibromyalgia, even though none of those are official treatments, they can always help with relieving the patient from pain and/or stress. Acupuncture, flotation therapy or even magnetic therapy are some examples of alternative treatments.

Although to this day, there is no official cure for Fibromyalgia, an approach covering every aspect of the disease is the best way to deal with the pathology and can grant a normal life for the patient.

Do you Need any Information?

Or Send Us a Message