ARTICLE: NERIDRONATE VS OTHER DRUGS 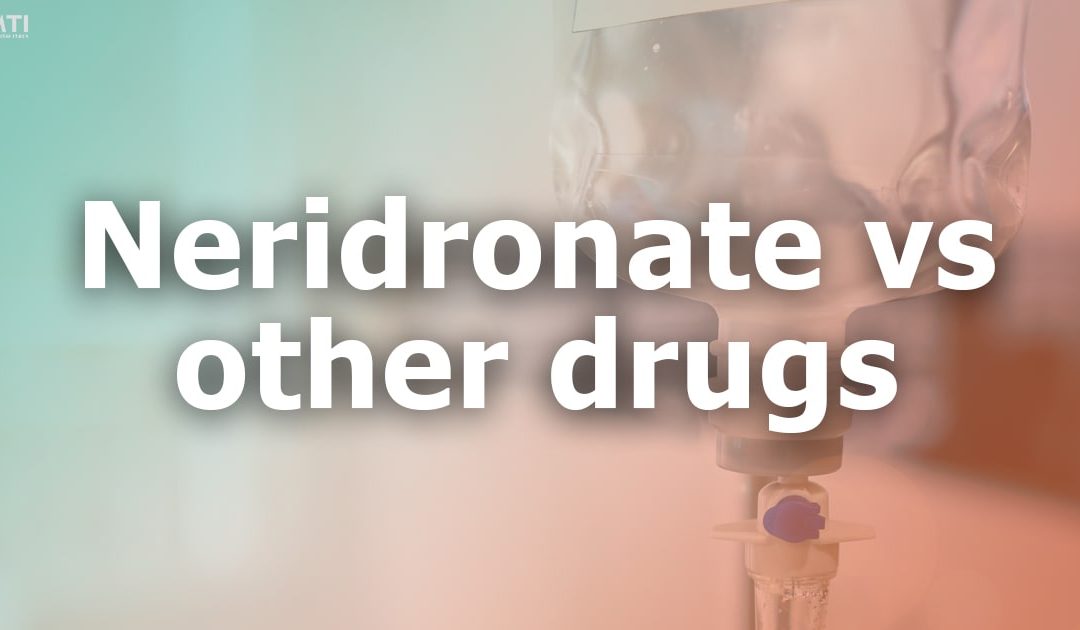 CRPS cannot be treated easily: all major Health Institutions, such as NHS in the UK and Mayo Clinic in the US, agree on this statement, along with the Italian Health National Institution, where Neridronate has been labelled the standard drug for CRPS.

Let’s take a look on how patients from the rest of the world face the condition.

In the initial stages of the disease, CRPS may respond well to OTC painkillers, such as Ibuprofen, Naproxen and other non-steroidal anti-inflammatory drugs. And adding some topical anti-inflammatory analgesics (e.g., lidocaine cream or patches) would relieve the moderate pain.

Other attempts to treat Complex Regional Pain Syndrome, may also be prescribing steroids that treat the symptoms of inflammation, swelling and edema.

As pain increases in level, patients would not feel the same benefits with such light approach, and would need to move to a more aggressive painkiller medication.

They may start with low-dose opioids, such as morphine. Unfortunately, they cannot be taken long term as they will develop other health problems (common side effects are cognitive problems, fertility issues and depression). Antidepressants or anticonvulsants would be the third step, as they act on the neural process (nerve pain). However, these medications could cause side effects such as brain fog, heart palpitations, a dry mouth, drowsiness, dizziness and weight gain. Therefore, it may be necessary  to add more drugs to the CRPS patients’ therapy in order to balance these undesired results.

In the United States, it is also possible to try a Ketamine infusion therapy, a very strong anesthetic: patients would be hospitalized for the days of infusion. Although such therapy would cause strong side effects, pain would be substantially reduced for a few months.

In case, the drug therapy is no longer effective, a more invasive approach would be suggested. One option could be injections of anesthetics directly to the spine to block the nerves to spread the pain signals, although the procedure would need to be repeated several times as it has no long-term effect.

Another intervention would be surgery: by implanting either a Spinal Cord Stimulator (a surgery that inserts some electrodes to the spinal cord of the patient, who will be turning them on and off through a controller to relieve the pain) or a Intrathecal Drug Pump (a surgery that inserts a device that will pump low-dose opioids, or other anesthetics to the fluid that bathes the spinal cord).

Aware of the high risks for the patients health through these extreme methods, Italy has researched for  a non-invasive infusive protocol with low side effects. By taking the CRPS as a whole-body disease, the multidisciplinary treatment would involve a cooperation of Specialists. A Rheumatologist (for CRPS type 1) or a Neurologist (for type 2), after the diagnosis, would immediately prescribe a 4-sessions cycle of Neridronate infusions.

Such Therapy Choice, allows the patients to not depend on painkillers on an escalating dosage, and stay at the hospital for a couple of hours per day for four days only. Some patients would report a few minor side effects like headache, fatigue or bone ache, which resolve with paracetamol. More sensitive patients may feel exhausted and have some nausea, hence they would be prescribed with a low dose of cortisone only during the infusion week.

Slowly, patients would report a relief in the pain and the other symptoms of CRPS (swelling, bone loss, change of temperature) thus getting better at their Physiotherapy and increasing their exercises and mobility.