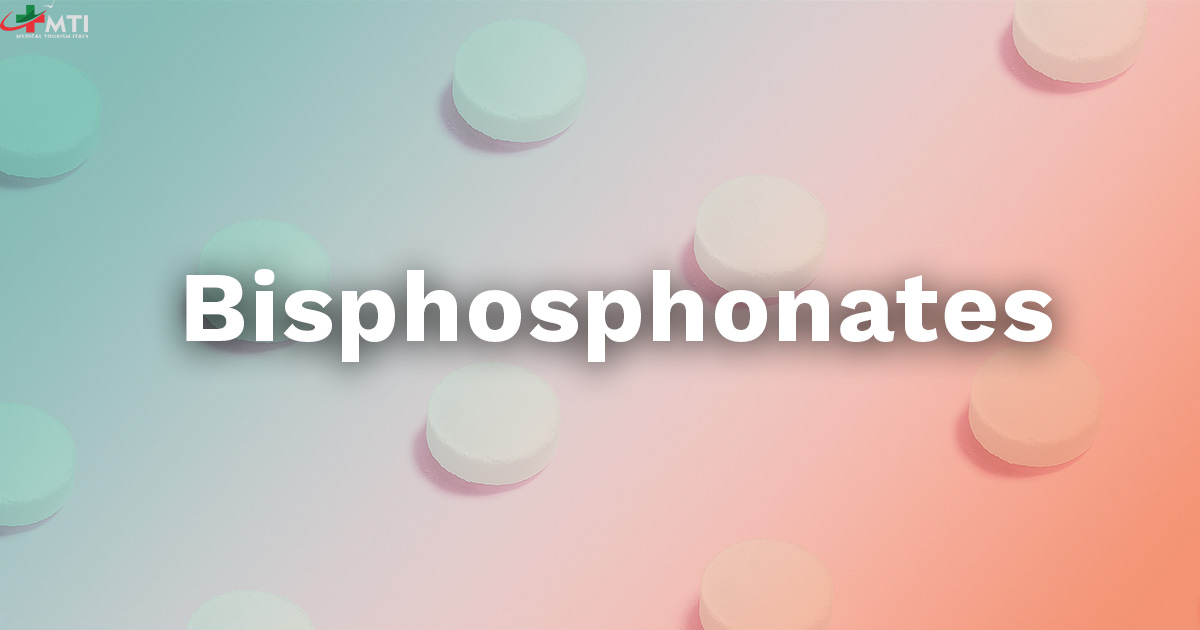 Bisphosphonates are a class of pharmaceuticals used to inhibit bone resorption , they get their name from the two phosphate groups that characterize them on a molecular level. Bone resorption is a natural activity regulated by the osteoclasts and it is responsible for the solution of minerals like calcium in the blood, during the natural bone cell cycle. This is a very important thing to understand because, when this process is not functioning correctly (for example during or immediately after a trauma) , it can cause an inflammatory process.

Therefore, bisphosphonates have been used for decades in the treatment of many bone-related conditions: Paget’s disease of bones, Osteoporosis, Osteogenesis Imperfecta, and most types of bone cancer. As a matter of fact, the treatment of Complex Regional Pain Syndrome with the use of these pharmaceuticals begun with a patient that was suffering from bone cancer in Italy. This patient happened to also have CRPS and reported an improvement of the related symptoms since the assumption of bisphosphonates.

This fact started studies and investigations that resulted in the creation of a third-generation type of bisphosphonate: Neridronate . At the time, we already had 6 different types of bisphosphonates, so why did we need to create a seventh? To understand this, we need to briefly focus on the nature of CRPS and on the side effects that all the bisphosphonates might cause.

CRPS is a condition that affects a person’s whole life and causes terrible pain. Despite this, in medical science and, particularly, in Rheumatology, CRPS is a rare disease and is considered a minor issue. In other words, the symptoms are of course terrible , but the condition itself is easy to treat , once the protocol is formed on the patient. Complex Regional Pain Syndrome is basically an inflammatory reaction that keeps on going in a disproportionate way after a trauma. The challenge at the time of the development of Neridronate was to understand what caused this reaction and how to halt the process.

For such a condition, it was probably not worth to undergo a traditional bisphosphonate therapy due to the side effects that these pharmaceuticals might show. The side effects involved in the assumption of bisphosphonates are related to the protocol adopted . For example, in the treatment of bone cancer, we can notice a large and long-lasting use of bisphosphonates that might cause severe side effects like bone or jaw necrosis . This happens particularly (but not only) when the drug is taken orally with cycles that can last for months . Osteoporosis might require shorter cycles, so it is less common to happen, also considering that there are many different types of Osteoporosis and that there is a specific type of bisphosphonate for each one of them.

CRPS, on the other hand, only needs a maximum of two cycles that need to be very aggressive on the affected area for it to work. To achieve such a result, we need infusions to assure the most of it to be absorbed by the patient and they need to be performed a

couple of days from each other, some doctors perform them in four consecutive days . Twenty years ago, this was not possible with the available bisphosphonates: they either were too weak (when taken orally), or too far apart (when taken through i.v.).

Neridronate was created in this context: a completely safe to use bisphosphonate, which has shown no cases of the above-mentioned side effects. This is to the point that it is also used in pediatric cases and is now also used for the treatment of Paget’s disease of bones and Osteogenesis Imperfecta. It is the only pharmaceutical that has a protocol for CRPS backed up from many years of studies. Alendronate is the most similar bisphosphonate and has shown some promising results, but it still was not possible to form a correct and standard protocol. This bisphosphonate has been used as “equivalent” drug in many countries that don’t have Neridronate but the results were not as exciting: for example, Alendronate is not suggested to people that can’t stand or sit with a proper posture for a half of an hour, it could cause a bone weakness resulting in a higher chance of fractures and, last but not least, it has been linked to the feared bone and jaw necrosis.

Generally speaking and, in particular, with Neridronate, the most common side effects we can find are not in the long term. They can be considered as flu-like symptoms that usually fade away by the time the fourth infusion is terminated. Short-term side effects also include some stiffness and joint pain or general discomfort which disappears within a week since the last infusion.

For a patient suffering from CRPS the treatment of choice includes Neridronate infusions: Italy has formed a protocol in 2013 and, in 2014, the country’s healthcare has adopted it as a standard treatment . No other bisphosphonate can grant similar results and, furthermore, a patient deciding to undergo a treatment with a different bisphosphonate might waste precious time and get in the way with the success of a subsequent Neridronate infusion. This is not a cure for Complex Regional Pain Syndrome but, combined with rehabilitative therapy , it has proven to be the only approach directly linked to remission.