Crps All the News and Facts About It 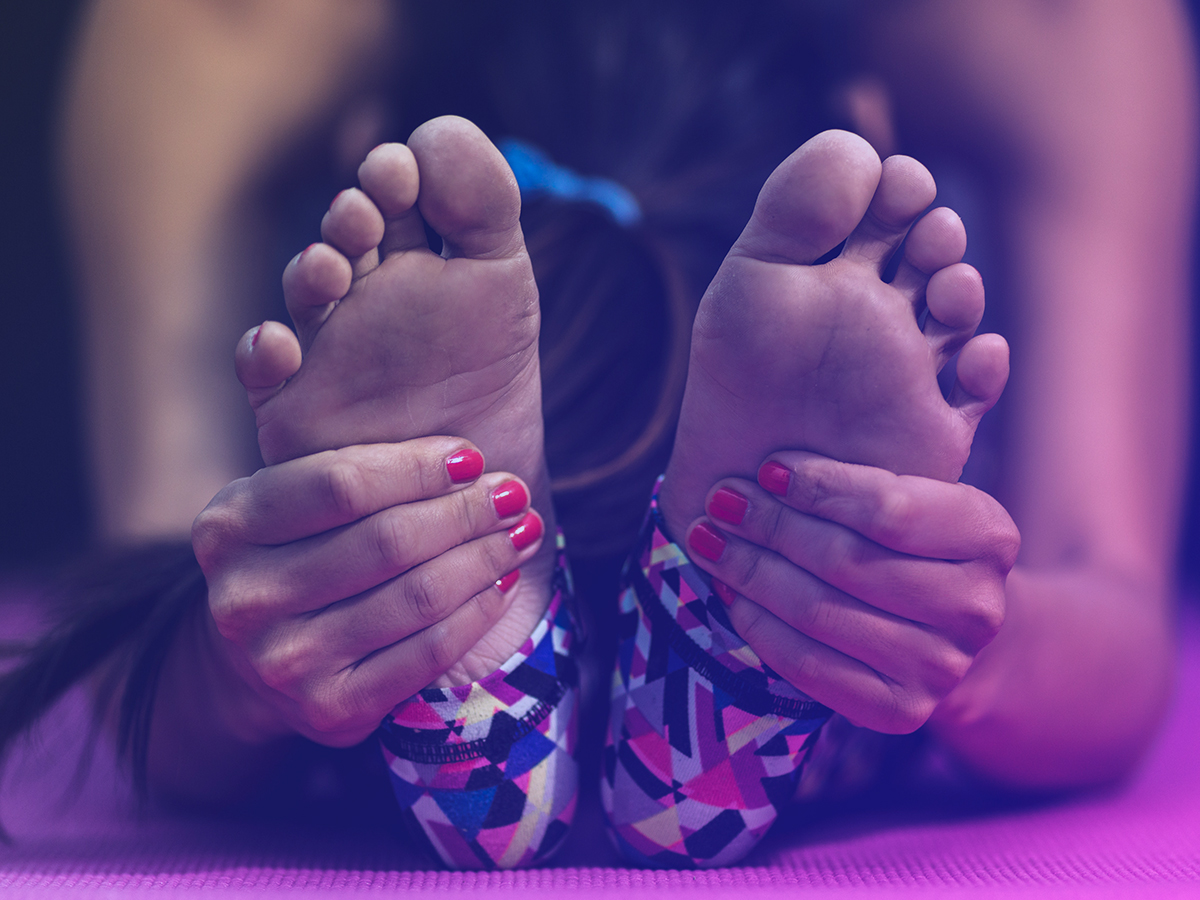 Complex regional pain syndrome (CRPS) is a regional, post-traumatic and neuropathic neuropathic pain problem that most often affects one or more limbs. Like most medical conditions, early diagnosis and treatment increase the likelihood of a positive outcome. Consequently, patients with clinical signs and symptoms of CRPS after an injury should be referred immediately to a physician with experience in assessing and treating this condition. Physical therapy is the cornerstone and firstline treatment for CRPS. Cases with a lower severity respond to physical therapy and physical modalities in equal measure to the more severe cases. Minor to moderate cases may require adjuvant analgesics, such as anticonvulsants and/or antidepressants. An opioid should be added to the treatment regimen if these drugs do not provide analgesics that will allow the patient to take part in physical therapy. Patients who experience pain ranging from moderate to severe and/or sympathetic dysfunction require a regional anaesthetic blockade to participate in physical therapy. A small percentage of patients develop refractory and chronic pain and require long term multidisciplinary treatment, including physical therapy, psychological support and pain relief measures. Pain relief measures include medication, sympathetic/ somatic blockade, spinal cord stimulation and spinal analgesia.

How does the diagnosis work?

CRPS-1 is a syndrome with which chronic pain normally present in one end of the limbs appears to be associated with a dysfunction of the sympathetic nervous system after a trauma.

No single theory has explained the sympathetic nervous system dysfunction in CRPS-1 and the pathophysiology is poorly understood.

The symptomatology data showing that a patient has CRPS are as follows:

An initial harmful event, such as contusion, crushing or tearing, surgery, distortion, fracture or dislocation. This initial event involves any kind of discrete nerve injury and may not even occur immediately. Pain disproportionate to the lesion is felt Pain is never limited to a single nerve.

The patient must have symptoms associated with dysfunction of the sympathetic nervous system (e.g. edema, changes in skin blood flow, sudomotor activity, etc.). Patients who complain of pain in an area of reduced sensation, pain without hyperalgesia or skin allodynia, pain only in a specific nerve distribution, or only proximal symptoms do NOT have CRPS-1.

The key symptom is severe and prolonged pain that can be constant.  It has been described as “burning”, “pins and needles” feeling, or as if someone was crushing the affected limb.  The pain may extend to the whole arm or leg, although the injury may have involved only one finger or one finger. In rare cases, the pain can sometimes extend to the opposite end of the arm or leg.  There is often greater sensitivity in the affected area, known as allodynia, where normal skin contact is experienced as very painful.

People with CRPS also experience changes in skin temperature, skin colour or swelling of the affected limb.  This is due to abnormal microcirculation caused by nerve damage that controls blood flow and temperature. As a result, an affected arm or leg may feel warmer or cooler than the opposite limb.  The skin of the affected limb can change colour to bladder, blue, purple, pale or red.

The category of stages may be considered as an older way of seeing CRPS, however, currently CRPS may or may not have some or many of the features listed above.

The three phases of CRPS

Three phases may occur during CRPS:

Phase 1 Following an event or without apparent cause, the patient develops limb pain. Essential features include burning and sometimes palpitating pain, annoying and widespread pain, sensitivity to touch or cold, and localized edema. Pain distribution is not compatible with a single peripheral nerve, trunk or root lesion. Vasomotor disorders occur with varying intensity, producing changes in colour and temperature. X-ray imaging is usually normal, but may show fragmentary demineralisation.

Phase 2 The second phase is characterized by progression of soft tissue oedema, thickening of skin and soft tissue joints, muscle waste and development of muscular skin. This can last from three to six months.

Phase 3 The third stage is the most severe. It is characterized by limitation of movement, shoulder-hand syndrome (capsular retraction producing autonomous features such as cyanosis, blotches, blotches, increased sweating, abnormal hair growth, diffuse swelling in non-joint tissues and coldness may occur in subsequent stages. Urological manifestations include hyperreflexia or areflexia detrusore, which produce urgency, frequency, incontinence or urinary retention.

What is complex regional pain syndrome?

Complex regional pain syndrome (CRPS) is a chronic painful condition (lasting more than six months) that most often affects a limb (arm, leg, hand or foot) usually after an injury.  CRPS is believed to be caused by damage or malfunction of the peripheral and central nervous system. The central nervous system consists of the brain and spinal cord; the peripheral nervous system involves nerve signalling from the brain and spinal cord to the rest of the body.  CRPS is characterized by prolonged or excessive pain and changes in skin color, temperature and/or swelling in the affected area.

CRPS is divided into two types: CRPS-I and CRPS-II. Individuals without a confirmed nerve injury are classified as suffering from CRPS-I (formerly known as sympathetic reflex dystrophy syndrome).  CRPS-II (formerly known as causalgia) is when there is an associated, confirmed nerve injury. Since some research has identified evidence of nerve injury in CRPS-I, it is unclear whether these disorders will always be divided into two types.  However, the treatment is similar.

The symptoms of CRPS vary in severity and duration, although some cases are mild and eventually disappear.  In the most serious cases, individuals may have no rehabilitation and may have a long-term disability.

It is not clear why some individuals develop CRPS while others with similar traumas do not.  In more than 90% of cases, the condition is triggered by a clear history of trauma or injury.  The most common triggers are fractures, sprains, sprains, soft tissue injuries (such as burns, cuts or bruises), immobilization of the limbs (such as in the cast), surgery or even minor medical procedures such as needle puncture. CRPS is an abnormal response that amplifies the effects of the lesion.  Some people respond excessively to a trigger that does not cause problems to other people, such as the one observed in people suffering from food allergies.

Blood vessels in the affected limb may dilate (open deeper) or leak fluid into the surrounding tissue, causing red, swollen skin.  The dilation and constriction of small blood vessels is controlled by small axons of nerve fibres and by chemical messengers in the blood.  The underlying muscles and deeper tissues can become hungry for oxygen and a CRPS also affects the immune system. High levels of inflammatory chemicals (cytokines) have been found in the tissues of people with CRPS.  These contribute to the redness, swelling and heat reported by many patients. CRPS is most common in individuals with other inflammatory and autoimmune conditions such as asthma.

Limited data suggest that CRPS can also be influenced by genetics.  Rare family groups of CRPS have been reported. Familial CRPS may be more severe with early onset, greater dystonia and more than one affected limb.

Occasionally CRPS develops without any known injury.  In these cases, an infection, a blood vessel problem or nerve entrapment may have caused an internal injury.  A doctor will perform a thorough examination to identify a cause.

In many cases, CRPS results from a variety of causes.  In such cases, treatments are directed at all contributing factors.

How is CRPS diagnosed?

There is currently no specific test to confirm CRPS. Its diagnosis is based on a person’s medical history and signs and symptoms that correspond to the definition.  Since other conditions can cause similar symptoms, careful examination is important. As most people gradually improve over time, diagnosis may be more difficult during the course of the disease.

Testing can also be used to help rule out other conditions, such as arthritis, Lyme disease, generalised muscle diseases, a coagulated vein, or small-fibre polyneuropathy, because these require different treatment.  The distinguishing feature of CRPS is that of an injury to the affected area. Such individuals should be carefully assessed so that an alternative treatable disorder is not overlooked.

Magnetic resonance imaging or three-phase bone scans may be required to confirm the diagnosis.  While CRPS is often associated with excess bone resorption, a

process in which some cells break the bone and release calcium into the blood, this result can also be observed in other diseases.

What are the most effective therapies?

Rehabilitation and physical therapy.  An exercise program to keep the limb painful or the body moving can improve blood flow and reduce circulatory symptoms.  In addition, exercise can help improve the flexibility, strength and function of the affected limb. Rehabilitation of the affected limb may also help prevent or reverse secondary brain changes associated with chronic pain.  Occupational therapy can help the individual to learn new ways of working and performing daily activities.

Psychotherapy. CRPS and other painful and disabling conditions are often associated with profound psychological symptoms for affected individuals and their families.  People with CRPS can develop depression, anxiety or post-traumatic stress disorders, which increase pain perception and make rehabilitation efforts more difficult. The treatment of these secondary conditions is important to help people cope with and recover from CRPS.

Drugs. Several classes of drugs have been reported to be effective for CRPS, particularly if used at the beginning of the disease course.  However, no drug is approved by the U.S. Food and Drug Administration specifically for CRPS, and no drug or combination of drugs is guaranteed to be effective in any person.

Medications for the treatment of CRPS include: bisphosphonates, such as high-dose alendronate or intravenous pamidronate, nonsteroidal anti-inflammatory drugs for the treatment of moderate pain, including over-the-counter aspirin, ibuprofen and naproxen, corticosteroids that treat inflammation, swelling and edema, such as prednisolone and methylprednisolone (used primarily in the early stages of CRPS), drugs initially developed for the treatment of epileptic seizures or depression, but which have now proven effective for neuropathic pain, such as gabapentin, pregabalin, amitriptyline, nortriptyline and duloxetine, injections of botulinum toxin, opioids such as oxycodone, morphine, hydrocodone and fentanyl.

All medications or a combination of medications may have various side effects such as drowsiness, dizziness, increased heartbeat and disturbances.

Sympathetic nervous block. Some individuals report temporary pain relief from sympathetic nerve blocks, but there is no published evidence of long-term benefits.  Sympathetic blocks involve injecting an anesthetic near the spine to directly block the activity of sympathetic nerves and improve blood flow.

Other types of neural stimulation. Neurostimulation can be administered at other points along the pain route.  These include almost injured nerves (peripheral nerve stimulators), outside the brain membranes (stimulation of the motor cortex with dural electrodes), and inside the parts of the brain that control pain (deep brain stimulation).  A recent option involves the use of magnetic currents applied externally to the brain (known as repetitive transcranial magnetic stimulation, or rTMS). A similar method using direct transcranial direct electrical stimulation is also being studied.  These stimulation methods have the advantage of being non-invasive, with the disadvantage that repeated treatment sessions are required.