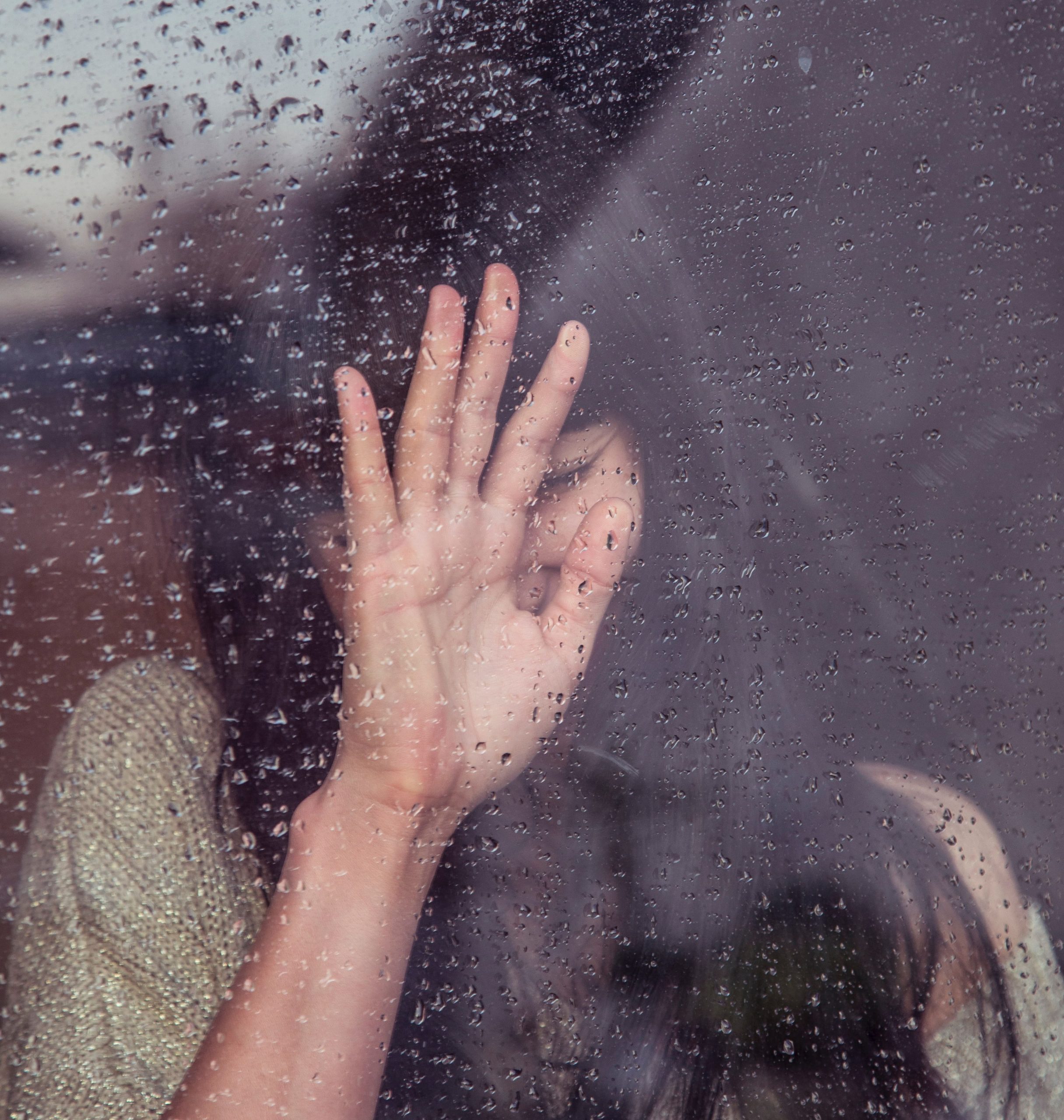 The International Statistical Classification of Diseases and Related Health Problems (ICD) is a medical classification list by the World Health Organization (WHO). This list consists of codes assigned to diseases, signs and symptoms, abnormal findings, complaints, social circumstances, and external causes of injury or diseases. Crps ICD-10 is the 10th revision of the medical classification list and the codes, which consist of a combination of letters and numbers, are used by doctors, health insurance companies, and public health agencies globally to denote a particular diagnosis. Crps ICD-10 has several chapters, a code range for each chapter, and chapter titles.

From its initial inception in the late 18th century, the ICD has gone through many changes. Its origins can be traced back to the French physician J. Bertillon who introduced what is called the Bertillon Classification of Causes of Death in 1893. The 9th revision of the ICD codes was later designed in the 1970s and adopted by several countries in the 1980s. This version did not meet several clinical needs of providers and payers in the United States, hence the need to modify it. The modification was named the International Classification of Diseases, Ninth Revision, Clinical Modification (ICD-9-CM). The development of the 10th revision began before the 9th revision began as WHO leaders had already realised that some necessary classification changes would need to be implemented with time. The ICD-10 was finally published in 1990 with more codes and categories from the 17,000 codes of the ICD-9 to over 155,000 codes. ICD-10 was immediately adopted and implemented by many international health care users as it tracks a significant number of new diagnoses, making it more efficient and comprehensive.

The ICD-10 codes are typically comprised of 3 to 7 characters, each denoting a particular aspect of the code. The first 3 characters define the category of the disease, disorder, infection or symptom. For instance, when it comes to Complex Regional Pain Syndrome (CRPS), the condition falls under the sixth chapter defined by the codes starting with G00-G99. The characters in the 4th to 6th position specify the body site, severity of the problem, cause of the injury or diseases, and other clinical details. If a 7thcharacter is included in the Crps ICD-10 code, it is an indication of whether it is an initial encounter for that particular problem, a subsequent encounter, or sequela arising as a result of another condition.

After reading medical records, medical coders translate the diagnoses from those records into Crps ICD-10 codes using software or manually with books and coding manuals. Once the medical record has been coded by the coder, that code is used for a number of things. It can be sent to a health insurance company by a medical biller for processing, or researchers may use that data to determine disease prevalence across geographic areas, ages, or in relation to other diseases. Even insurers can use the coded data to help predict future health care expenditures.

CRPS is a neurologic syndrome characterised by burning pain, tenderness, swelling; as well as sudomotor, vasomotor, and trophic changes. The exact cause of the condition is not known, but it often results from injury, surgery, or trauma to soft tissue. In some cases, CRPS develops as a result of significant trauma to peripheral nerves. Physicians diagnose the medical condition by using the patient’s history, clinical examination, and laboratory results. Other conditions that exhibit similar signs and symptoms such as arthritis and some infections have to be ruled out during an examination before making a CRPS diagnosis. Early diagnosis and appropriate treatment offer the highest probability of effective treatment and possible remission of the CRPS condition.

Since CRPS has been classified into 2 types, that is CRPS Type 1 and CRPS Type 2; each type has its own ICD-10 code. As mentioned above, the ICD-10 list allows for specificity regarding the cause, manifestation, location, severity, and type of injury or disease. With regards to CRPS Type 1 and Type 2 which typically develop in a particular extremity, this means the ICD-10 code for CRPS can be specified to show which limb is affected. Despite the difference in the two types, they share the same clinical features which are:

These symptoms are used to make a clinical diagnosis of CRPS. They do not occur at the same time though, and this makes it a little difficult to make the diagnosis conclusively. Some believe CRPS  develops in three stages; the acute, subacute and chronic stages. As the stages progress, the symptoms can get worse, although some might improve with time especially with treatment.

CRPS Type 1 is also known as Reflex Sympathetic Dystrophy (RSD). It is the most common form of CRPS but its pathophysiology is still unclear, regardless of its high incidence. It has been suggested that CRPS Type 1 occurs because of a malfunction in the sympathetic nervous system and immune system. These malfunctions usually result when the systems respond to tissue damage from trauma. The damaged nerves misfire and send excessive signals of pain from the affected area to the brain. This manifests as the severe pain that has come to be associated with CRPS Type 1. Several underlying conditions and triggering events have been found to be leading factors in the development of the medical condition. Some of these risk factors include minor and major trauma such as infections, fractures, surgery, strokes, amputation, and iatrogenic injury such as carpal tunnel decompression.

Some experimental models have surmised that an initial triggering event such as those mentioned above, may result in the release of pro-inflammatory neuropeptides and cytokines, hence generating a neurogenic inflammation of sorts. Increased microvascular permeability follows, as well as intramedullary pressure, reduced oxygen extraction, and cellular hypoxia. This makes CRPS Type 1 worse and produces metabolic tissue acidosis. From this, it is possible that the sympathetic nervous system contributes to the development of vasomotor disturbances. CRPS Type 1 may also occur without any prior medical condition such as the ones mentioned above.

There are a number of ICD-10 codes for CRPS Type 1 under the ICD code G90 which is used to code Dysautonomia. Dysautonomia (autonomic dysfunction or autonomic neuropathy) is a broad term for various conditions whereby the autonomic nervous system (ANS) does not work correctly. Typically, such conditions affect the nerves that carry information from the brain and spinal cord to the heart, bladder, intestines, sweat glands, pupils, and blood vessels. Dysautonomia may be experienced in a number of ways, depending on the organ system involved, for example difficulty adapting to changes in posture, or digestive symptoms.

The symptoms observed in CRPS Type 1 align with Dysautonomia. The main symptom of CRPS Type 1 is a severe pain that is disproportionate to the injury. This pain may be seen to continue and worsen, even after the injury has healed. Other symptoms of the condition include temperature changes and altered skin tone in the affected area. The skin may also become thin and the affected individual may be prone to infections and sores. In certain cases, the condition may be accompanied by minimal distal small nerve fibre injury. The onset of CRPS Type 1 symptoms may occur within a few days to a month after an injury or trauma to the affected limb.

CRPS Type 1 is difficult to diagnose as there are no specific or clear methods, tests, or tools to identify the medical condition. Most diagnoses are made on the basis of the appearance of symptoms related to the condition. A CRPS diagnosis is made using the Budapest Criteria diagnostic tool for CRPS and some supportive tests such as X-rays and bone scans to rule out other medical conditions. Once a diagnosis has been made, CRPS Type 1 ICD 10 codes that can be assigned are as follows:

Unlike CRPS Type 1, CRPS Type 2 is a rare form of CRPS also known as Causalgia, which means burning pain. CRPS Type 2 develops after damage to a peripheral nerve. The peripheral nerves are those that connect the spine and brain to the extremities. This means the condition usually develops in the arms, legs, hands, and feet. CRPS Type 2 can occur anywhere in the body but usually affects those extremities. The most common site of CRPS Type 2 pain is in a group of nerves that run from the neck to the arm. The nerve injury that results in the development of this form of the medical condition may originate from a number of events such as a fracture, sprain, or surgery and even preexisting medical conditions such as diabetes. Other causes of CRPS Type 2 are soft-tissue trauma such as a burn, amputation, or even a crushing injury such as slamming a car door on your finger or hitting it with a hammer.

CRPS Type 2 is described as a chronic systemic disease characterised by severe pain, swelling, and changes in the skin. The condition may initially affect an arm or leg but it often worsens over time and spreads throughout the body to the face, neck and shoulders, especially if it is not treated immediately after diagnosis. Other potential effects resulting from CRPS Type 2 include systemic autonomic dysregulation, neurogenic edema; as well as musculoskeletal, endocrine, or dermatological problems or malfunctions. Simply put; the patient may experience increased sensitivity to pain (hyperalgesia), enhanced sensitivity to normally non-painful stimuli (allodynia), edema, skin temperature and color differences on affected area, and sudomotor dysfunction in the affected limb.

CRPS Type 2 is generally localized to the area around the injured nerve. For example, if the injured nerve is in the leg, that’s where the pain will be felt. This is another difference between the two forms of CRPS. In CRPS Type 1, pain from a certain region can radiate throughout the body. CRPS Type 2, has its own set of codes specific to the affected region which are as follows:

Criticism of the ICD-10 codes

As with all things, the ICD-10 codes come with flaws. Two common grievances that arise on the use of the code are: