Differences in the rehabilitation programs around the world 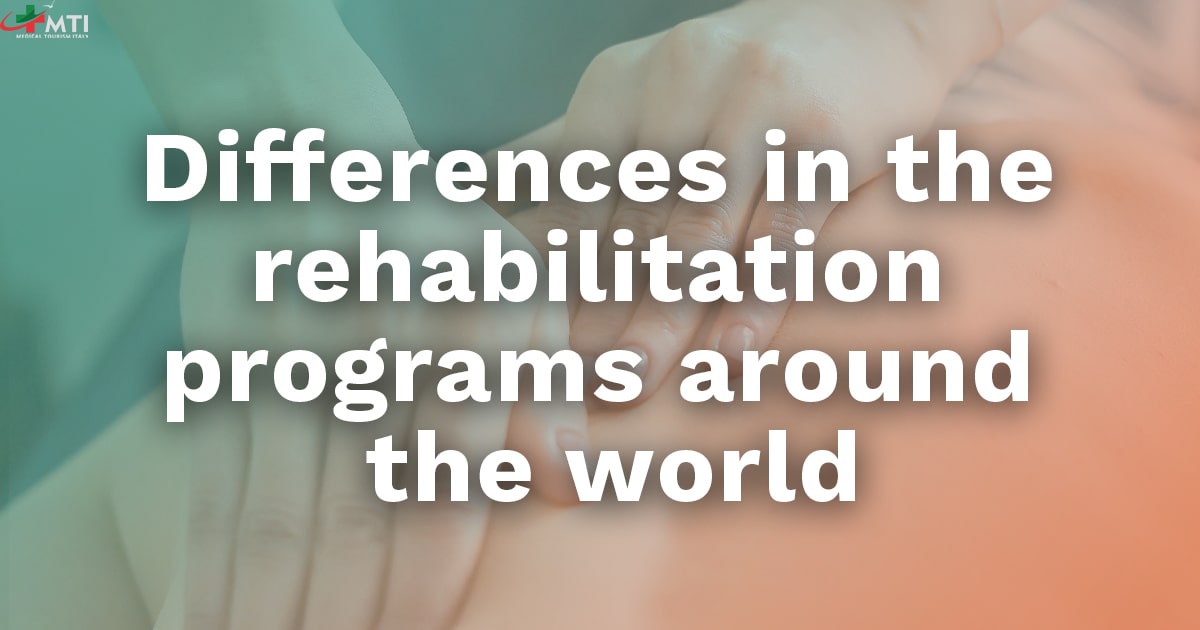 A small view on the approaches to CRPS

Rehabilitation is probably the most important step in the therapy path a patient has to go through when affected by CRPS. As we know this syndrome usualy affects a limb after a trauma but, even in the most rare cases, like the ones where this condition is caused by strokes all the way to infections, a rehabilitative program has proven to be the best possible approach.

This is because the thought process underlining this therapy path is that a patient already has the strenght to heal, it needs to be channelled and regulated in order to gradually regain the functionality of the affected area through simple and repetitive exercises. CRPS usually developes starting from an acute phase during which the pain reaches its peek, that is the exact moment during which a rehabilitative program should start. Usually, in an ideal multidisciplinary approach, the doctor who diagnoses CRPS should immediately suggest a rehabilitation center and help the patient by prescribing minor pain management drugs (like, for example, tylenol or steroids to keep the inflammatory reaction under control).

This should give the patient the possibility to bear the touch of the affected area in order to start operating on it. There are very different approaches and, like it happens with the doctors, therapists will have everything that is offered in their own country. For example, the United States is well known for developing new methods for rehabilitation and, lately, the country has been relying a lot on technology. Other countries like in Latin America, prefer a less technological approach but has a great use of therapies that will “trick the mind” into understanding there is nothing wrong with the affected area. There also are countries in the far East or on the Mediterranean sea (France, Italy, Greece…) in which we can find natural sources (like thermal waters) that can add extra wellbeing to the process.

The newest approaches include the use of VR technology in which the patient has to solve puzzles or games. These actions will improve the functionality of the patient’s body and, with time, will restore those synaptic connections that were damaged becuase of the trauma or, later on, the pain. As a matter of fact pain is worsened with time (although it actually decreases in severity) because of the cycle of connections it causes between the brain cells. For a therapist facing such a situation, it will become clear that it is not the “touch” itself that causes the pain rather than the fear of pain coming from a previous experience of a painful touch.

For a patient affected by Complex Regional Pain Syndrome, one of the most feared symptoms is allodynia: the painful stimulus that comes from a usually not painful touch. This causes the mind of the patient to react to anyone being close to that area by stiffening the muscles (think of it as when you know something painful is coming, the natural reaction is to prepare for it). This reaction will stimulate the muscles of the affected area and cause a painful reaction even before the actual touch happens. VR technology applied to rehabilitation has the goal of restablish the normal sensitization and can really help the patient in everyday life. Of course, this therapy alone will not be resolutive but it is showing some very promising results.

Mirror Therapy has the same thought process. It was invented by the Indian doctor Vilayanur S. Ramachandran for the treatment of Phantom Limb syndrome and has proven to be very helpful for CRPS as well. This is because CRPS often shows an imparement of the affected area and, with this option, the mind will be tricked into slowly recovering by looking at the movement of the healthy limb and associating it to the affected one. As a matter of fact, this option has many researches backing up its effectiveness, although the exact mechanism affecting the brain cells is still under discussion. This method has became very popular and a patient should make sure that the therapist is an actual expert on it, because many are not and still perform it.

No matter what we try, however, at a certain point a patient will have to undergo a more traditional form of rehabilitative program. The options we have seen here above will be extremely helpful with every day life but, especially with CRPS, there are many different aspects to treat. This is where it becomes vital to be followed by a therapist that is confident and has knowledge on the condition. A patient can easily make sure that the therapist is the right one by observing what he or she knows about the Budapest Criteria, the type of CRPS or the explanation on how the therapy will work.

CRPS is not much more than an inflammatory reaction that comes from a damaged tissue that usually is muscular, skeletal or neural. To reinstore that affected area, the therapist will have to perform a massage therapy along with assigning light exercise to improve the mobility of the affected area. This will not change if the affected area is a limb or is on another part of the body: human body is all connected and everything, even just the posture, will affect the rest more than one could think. The massage therapy, which is used a lot in more traditional countries like Italy, will improve the blood circulation in the affecte area and this, in return, will calm the edema or the swelling which is usually present.

It is important to focus on the massage therapy because it will be extremely important in treating the allodynia as well: surprisingly, if approached in the right way, the touch of the affected are during this therapy will not be painful. The patient, as well as the caregiver, will notice that simply by relaxing the pain will fade away. This brings us to another very useful tool that has been adopted for a couple of decades in the United States and has begun to be widely used in the whole world: a pain diary. This is incredibly useful because it will allow the therapist and the patient to understand the improvements and what is harmful.

How many patients who has been undergoing this or that therpay ends up saying “this is not working”? Of course the patient has every right to be frustrated when symptoms come back or when the results are not coming as quickly as expected. A pain diary will help in going back in the days and realizing what might have caused pain on that day, as well as what made a pain free day possible. A patient will easily see its improvements realizing that they are happening and a therapist will easily see where to work on. To write such a diary also has the hidden plus of making the patient more self-aware and allowing him or her to go through rehabilitative centers a little less often (so, in the end, it will be less expensive).

In Italy, CRPS rarely requires more than 4 or 5 rehabilitative sessions: this is because a correct rehabilitative approach needs to be carried out at home by the patient with daily exercises designed at every meeting. The patient will go to the therapist every couple of weeks and will take the pain diary for the therapist to see. The therapist will than perform a massage therapy or a functional therapy of some sort and implement new exercise to do at home.

In addition to this more traditional method, Italy (as well as France, Greece and some other countries) can offer a wide range of wellness and thermal centers. Although these sources have been used since the dawn of ages, it is a tricky subject because a patient must ask the therapist if this could help: thermal waters not always help with CRPS and, even when it does, there is a huge variety of different waters that can heal different problems. However, there are hotels that are considered “medical” and that can condense these options in treatment weeks.

All together there are many rehabilitative treatments that can hugely improve the patient’s situation not requiring the massive use of drugs and pain management pharmaceuticals. Combined with a dietary regime and pharmaceutical therapies like Neridronate or, lately, Perineural Injection Therapy, a patient can really hope for the best outcome and live a completely normal life.