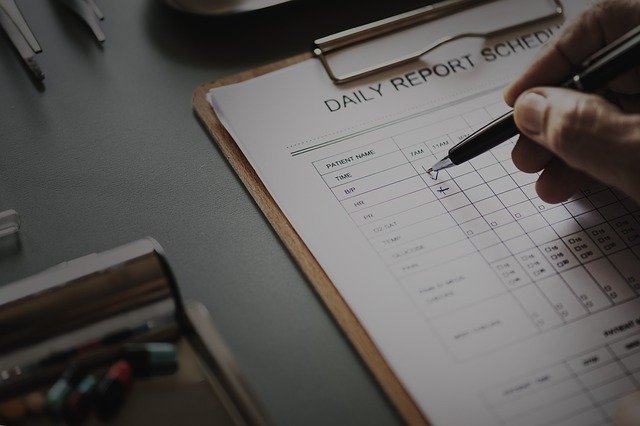 Known as the most painful condition, the RSD medical condition has several definitions that all attempt to explain an otherwise difficult to understand condition. While each definition of RSD might differ in some way from the next, they all identify RSD as a chronic, debilitating medical condition characterized by severe pain in one or more limbs. Some examples of RSD definitions used to describe this disabling condition are:

RSD is actually an abbreviation for the condition known as Reflex Sympathetic Dystrophy, which is an old term for what is now more commonly known as Complex Regional Pain Syndrome (CRPS). Despite the challenges faced in understanding this medical condition, years of research have found that two types of CRPS exist. The first, which is CRPS Type 1 is what is also known as RSD. The other form of the medical condition is CRPS Type 2, formerly known as Causalgia which means burning pain. The difference between the two, is that CRPS Type 2 arises from a lesion to a major nerve, while RSD (CRPS Type 1) develops without such damage to the nerves.

According to the definition of the RSD disease, a patient diagnosed with this medical condition will often experience severe pain which lasts for several months or longer and will be accompanied by sensory, vasomotor, sudomotor, and trophic changes. In spite of the common features of the RSD syndrome, its progression is different in each patient and at different stages of the disease. These variations have made it difficult to treat RSD, such that a combination of different types of drugs and treatment methods are required to effectively provide pain relief.

Every definition of RSD highlights the clinical features of the RSD medical condition. These are actually used to make a clinical diagnosis of RSD as no medical tests are able to conclusively do that. There is a wide range of features associated with the RSD medical condition and these differ from one patient to another. The RSD clinical features span across different categories and are described in further detail as follows:

Autonomic features are those relating to involuntary responses of the body to stimuli.

These refer to anything affecting sensitivity of the affected area.

Motor clinical features consist of the aspects of movement.

Trophic changes are changes in soft tissue such as skin and muscle.

These are related to the mental state.

Some theories suggest that RSD also affects internal organs such as the heart and eyes and signs of autonomic disturbances include heart failure, a rapid heart rate, as well as blurred vision. Due to the effects of RSD on the eyes, RSD patients will often complain of having dry eyes or experiencing blurred vision. This especially affects long range vision and in some cases, even the mechanism for tear formation is affected, hence the dry eyes.

Clinical features of RSD can fade away with time, with or without treatment—although the best chance for success is with treatment. Due to the variable nature of the RSD course, one RSD patient’s limb may be pink or warm while the other patient’s limb is cold and blue, and in another patient there may be no colour changes at all. Another example is how one RSD patient will show different forms of involuntary movements in the affected limb while another patient’s limb becomes completely immobile as a result of the RSD syndrome. Some believe that RSD progresses in 3 different stages and that the medical condition will be in different forms at each stage. The stages and associated symptoms are described as follows:

The physical clinical features are the ones most often used to make an RSD diagnosis but the psychological features such as those mentioned above can be considered as well. The International Association for the Study of Pain created the Budapest Criteria—a guideline for the diagnosis of RSD. This guideline is in the form of a checklist which an examiner will use as a cross reference when they check for the clinical features of RSD in the patient being examined. In order to conclusively make an RSD diagnosis, any other medical conditions that might have the same clinical features need to be ruled out during the examination. This can be done using medical tests such as bone scans, and thermography tests.

The awareness of RSD isn’t as high as it should be. In fact, it’s possible that there are some areas that have never reported a case of RSD, not because it is absent, but because they don’t know that it exists. The epidemiology of RSD has been studied in some countries and the following statistics were reported:

As of a 2018 report, research provided by several individuals indicates that the incidence of RSD may be 2% to 17% following minor trauma or surgery as the triggering event. The majority of RSD patients are within the age range of 30 to 55 years, with the mean age as 45 years. More women than men are diagnosed with RSD and the male-to-female ratio for this incidence is reported as approximately 3:7; and even in children the girls are affected more frequently than boys. RSD is believed to develop more in the upper extremity than in the lower extremity with a ratio of approximately 2:1.

A study using data from January 2007 to December 2014 with the aim to investigate the incidence rate of and risk factors for RSD after surgery and distal radius fractures (DRFs) showed that 1,103 RSD cases were diagnosed within a year post-operatively out of a total of 172,194 DRFs; with an incidence of 0.64%. The date that gave these statistics was for patients aged 18 years and older and obtained from the Korean Health Insurance review and Assessment (HIRA) service.

Another population based study for Korea analyzed medical data from 2011 to 2015 for 51,448,491 members of the National Health Insurance Service (NHIS). The results of the study showed that the incidence of CRPS overall in Korea was 29 per 100,000 person-years and for CRPS Type 1, also known as RSD, the incidence was 63%.

A population based study was carried out in Olmsted on the incidence, prevalence, natural history, and the response to CRPS treatment. The study population was based in Olmsted County, Minnesota which had a population of 106,470 in 1990. 74 cases of RSD were identified from this study, hence highlighting an incidence rate of 5.46 per 100,000 person-years at risk and a period prevalence of 20.57 per 100,000.

Early diagnosis and treatment of RSD increases the chance for a positive prognosis. The ideal time for RSD treatment is in the acute stage (the first three months) of the disease. If the disease goes untreated for too long beyond this acute stage, the effects of RSD on the affected limb may become irreversible and the disease may spread even further than the initial extremity.

In some cases, the symptoms of RSD fade away and the medical condition goes into remission. Medications such as Neridronate are especially known to encourage this when used during the early stages of the disease. But what exactly is remission with RSD? Most believe RSD remission is similar to being totally cured and free from pain. However, this is not the case. RSD remission often means the affected individual is in a state of lower pain levels that is easier to regulate and maintain. Inflammatory foods and changes in the weather will still affect RSD patients in remission, although at a more tolerable level than before. Sometimes the remission stage may only last for a couple of years, after which the RSD symptoms come back in their original intensity. Another remission stage may follow after that. It’s truly a matter of chance.

With so many definitions of the RSD disease, it can be hard to understand this medical condition. Another thing that makes it especially hard is that there are so many different triggers that cause RSD itself.  These include:

Trauma accounts for most cases of RSD. Peculiarly, sometimes RSD will develop even in the absence of these triggers. The exact reason for this is not known.Some believe that using daily Vitamin C supplements can prevent RSD but there isn’t a lot of evidence for this. Regardless of how it begins, RSD can generally still be treated in pretty much the same way. A combination of treatments is required for effective management of the medical condition and the treatment regimen includes medications, physical therapy, and psychological therapies. Each treatment will have to be individualized to each patient and continuously evaluated to make sure it is effectively treating the RSD pain and other symptoms. If the common treatments do not provide significant pain relief, other treatment options may need to be considered such as surgical sympathectomy.

The prognosis of RSD is not fixed. Of course the use of treatments contribute to a favourable outcome. Younger people, children, and teenagers diagnosed with RSD often have a better prognosis too. Sometimes the prognosis isn’t that great even with treatments, especially in older people, and those individuals may still experience severe pain and disability.